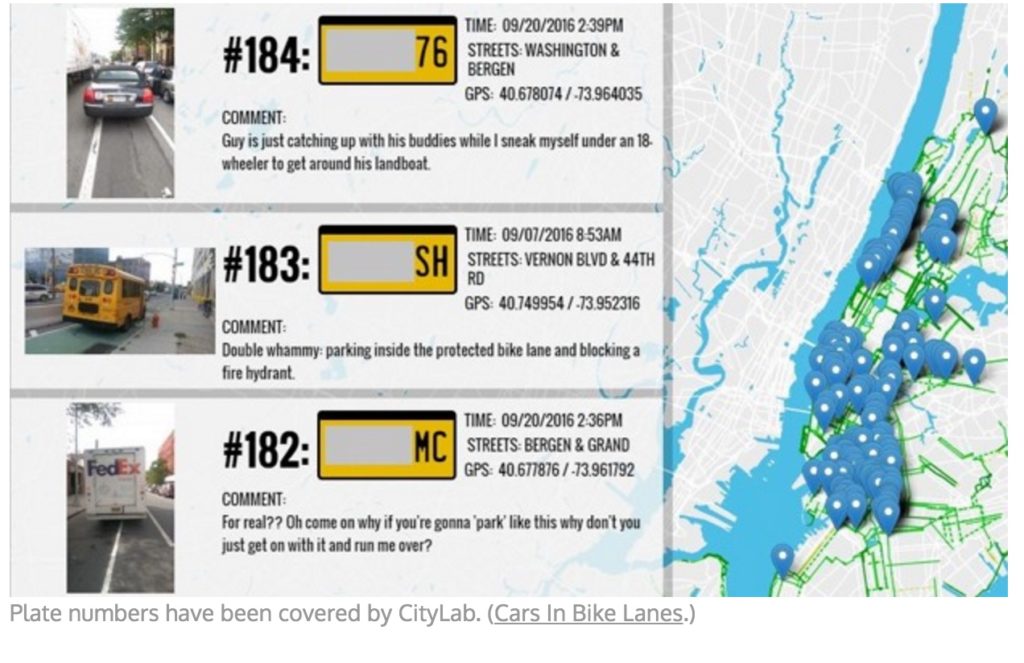 This site is by no means a replacement for 311, holding your elected representatives accountable, or talking to your friends and family. But it will hopefully become a cathartic and productive body of evidence to help convince the public and city hall that not nearly enough is being done to promote and protect cycling in NYC.

The code is open source so you can start a version in your city.

For more see: New Yorkers Are Publicly Shaming Cars in Bike Lanes, by John Metcalfe in Atlantic CityLab, September 28, 2016 (the figure above is from the article).