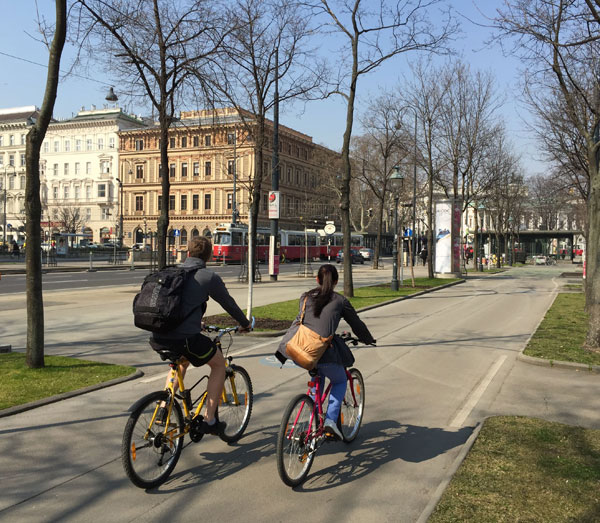 Vienna’s Ringstrasse is one of the world’s most beautiful urban spaces. Created in the 1860’s when Vienna tore down its defensive walls, the boulevard circles the city’s historic centre and is home for many of Vienna’s most important cultural institutions.

The Ringstrasse reflects the best in 1970s-era transport planning: moving cars. But cities today are replacing these types of traffic sewers with complete streets designed to encourage active transportation and create liveable and attractive urban spaces.

It’s time for Vienna to redesign the Ringstrasse to make it suitable for the world’s most liveable city. We need to create an attractive urban space where it’s easy and comfortable to walk, cycle, hang-out and enjoy our beautiful city. We need to create a model for the 21st Century – an urban boulevard focused on sustainable transport and urban liveability – much as the original Ringstrasse set the stage for a new generation of boulevards in the late 19th Century. 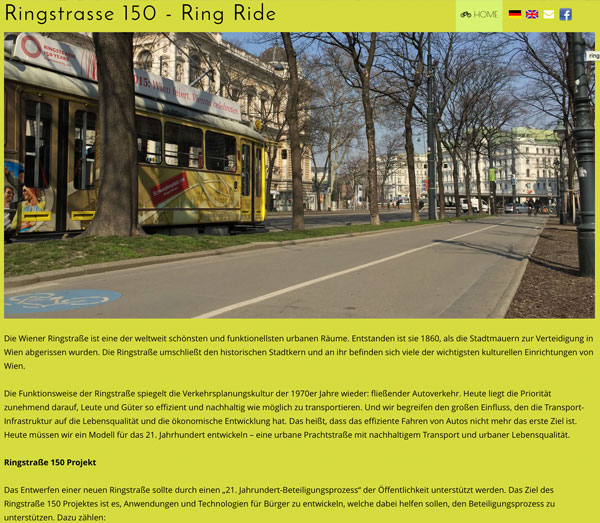 Creating a new Ringstrasse should be supported by a 21st Century public involvement process that uses applications and technology to help increase participation, generates innovative new ideas and provides political support from the community.

The Ringstrasse150 project’s goal is to help support this type of public involvement process for making the Ringstrasse Vienna’s most liveable street. Our project includes:

The Ring Ride game and website were rolled out in 2015 to help celebrate the Ringstrasse’s 150th birthday.

Test your skill riding around Vienna’s historic Ringstrasse. Look out for Mozart! 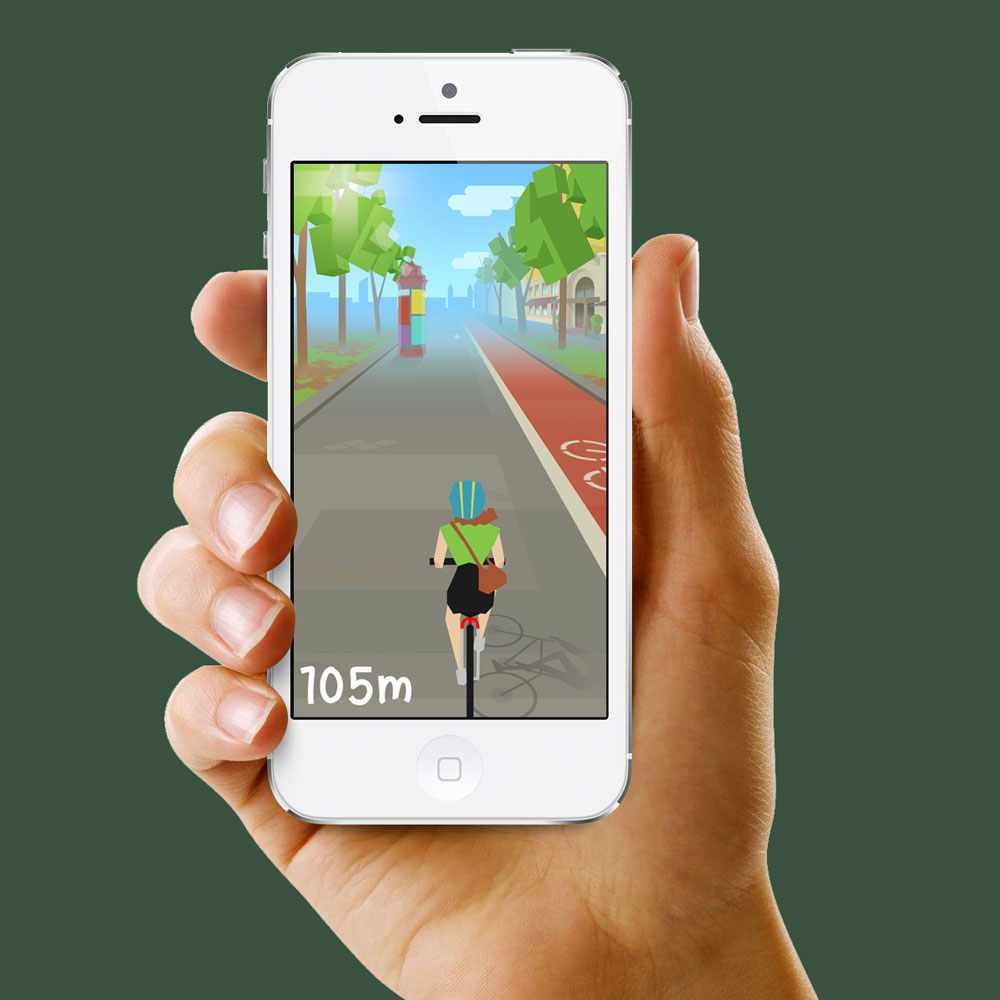 If the Ringstrasse150 project is successful we’ll investigate extending it to more cities. As part of this project we would create new websites for each city with information on local organisations, activities, etc. All cities could share the best practices for sustainable street design. We’d also improve the game to add more features and artwork reflecting the new city.

The improved game would also enable players to “participate” and/or “express political support” directly within the game rather than being directed to another website as we do with the current project. For example, players could use points to add a bike lane to the game.

Different games would be developed for each city with local designs and each city version would include new hazards. Players could go from city game to city game learning different cycling strategies. 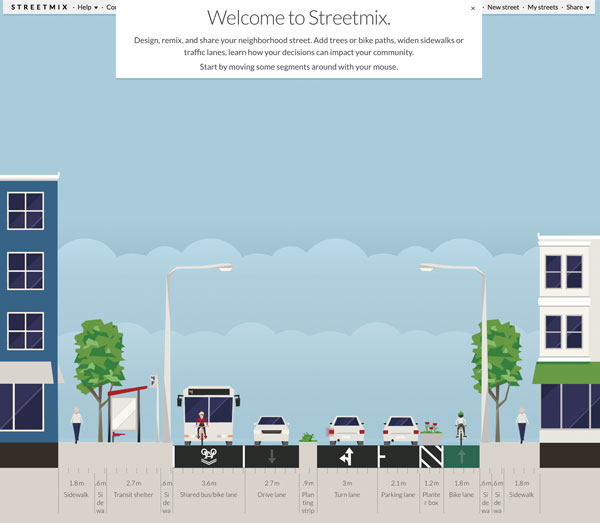 The website includes a section on best practices for sustainable street design. In the future there will be pages on bike lanes with photos of different bike lane configurations and information on their benefits and impacts, etc. This is similar to the ideas described in the Online Educational Resources page.

The objective of these pages is to teach people about what works and what does not work … then they can use this information to provide better comments and ideas for improving streets in their city. The best practices will include information and links to tools that can help people visualise and design local street improvements. For example the really helpful StreetMix visualisation application illustrated at the left.